He comes from Teshie, a suburb of Accra Ghana. Armah Best entered into the music industry in the year 2020 and he released his first 911 which was a single song and moved on with his passion for music.

Armah best was known after he released his debut titled money in the mind.

He is still making names for him self through the art of music.

Armah Best had his High School at the presbyterian senior high adeiso in the eastern region of Ghana. Samuel adopted the name Armah Best because he said he wanted to use his birth given name as his stage name.

PERSONAL LIFE
Rapper/ singer,  Armah Best is just a 22 year old artist not yet married.  Armah Best is also into Digital marketing apart from being a musical artist. 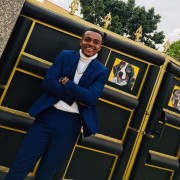 PROFILE OF KWESI THE GHANA BOY.

BM IS HERE FOR A CHANGE;THE AWAITED ERA