Lady Jay is an award winning Ghanaian vocal powerhouse known for her music, craft and live performances. After the successful release of “Anywhere you dey”, she is now bringing us what she says to be the next chapter of her life. Since her first release, she got married, traveled the world, moved to Italy and experienced a lot of change. The story revolves around what she has been through the past two years. The EP features many of Ghana’s best talents including a remix of her hit “Odo Nana” featuring Kwabena Kwabena, The song sounds fresh, exciting and relatable to young listeners and lovers. She also features her long time friend Yaa Pono, as well as featuring new and upcoming singer Ama Nova. Lady Jay has been in the Ghanaian and Nigerian music industry for over a decade and can be noted for her singles such as: “Fire”, “Odo Nana”, “Freedom”, “For You You You” ft. Magnom and “Venus” ft. Sarkodie.

Wahala Entertainment signed Lady Jay in 2019 after she returned from Canada where she studied music business. Since then she released her debut EP “Anywhere You Dey”, which was a massive success with tracks being used by HBO and BBC’s “I May Destroy You” and many national and international advertising campaigns.. Aside from that, she has worked with some of the region’s most influential artists including Sarkodie, Efya, BOJ, E.L, and Yaa Pono just to name a few. What makes Lady Jay different is her live show called “Magic Dream”. This concert got national attention since it was played several times on Television and can be watched on YouTube. She is now set on finishing her album which is set for release next year.

“Anywhere 2 dey” can be found on all music streaming platforms including iTunes, Spotify, Boomplay and Amazon Music. LadyJay is now set on finishing her long awaited single and album titled “This is Africa” coming very soon. Follow Lady Jay now on Instagram or twitter @LadyJayLives or on Facebook @LadyJayOFFICIAL and YouTube @ LadyJayVEVO for more music and announcements on future projects. 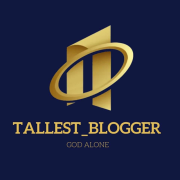 Injury Rules Pogba Out For Rest Of The Season

THE PURSUIT OF OVER GHs 50, 000 :ABDULAI SAAKA;THE DOMELEVO OF GIJ SRC.