Bishop Stephen Richard Bosomtwe Ayensu, a former Methodist Bishop for Obuasi, has stated that he only remembers former President John Dramani Mahama as being the ‘dead goat’ President.

He said Mahama seeking another term in office would offer nothing to change the status of Ghanaians.

Bishop Bosomtwe Ayensu further noted that it would be appropriate for the former president to stay away from politics.

He said the former president, having gone through the ranks, i.e. from being an Assembly member through to becoming the President of Ghana, should be enjoying his retirement after losing the 2020 General elections. He said doing so would earn Mahama the status of a statesman.

Speaking on the legacy of the former President on NEAT FM’s morning show, ‘Ghana Montie’, Bishop Bosomtwe Ayensu said Mahama’s tenure was terrible, and he cannot remember any good policy from the erstwhile government.

“I only remember him [John Mahama] as a dead goat. This is someone who wants to be president again so he can review the Free SHS policy. Are we serious as a nation?” Bishop Bosomtwe Ayensu

The then-president Mahama warned that he would not be shaken by the threat of strikes from labour unions as the country approached the 2016 Election.

“I have seen more demonstrations and strikes in my first two years. I don’t think it can get worse. It is said that when you kill a goat, and you frighten it with a knife, it doesn’t fear the knife because it is dead already.

“I have a dead goat syndrome,” he said on March 11, 2015, while speaking to members of the Ghanaian community in Botswana. 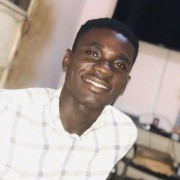 WE’LL GIFT OUR NEXT CHILD A 6-BEDROOM MANSION WITH ELEVATOR–FELLA MAKAFUI.